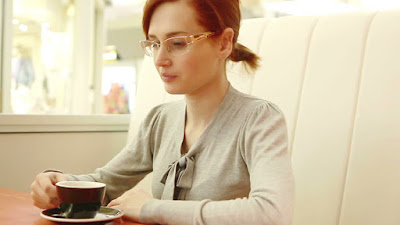 Differences! It is what makes us unique. “I'm not like you and you're not like me." Differences! They are not disdainful, just adjustable because one has to adjust to another person’s dissimilarities. We were all made equal, but not alike. The whole makeup of an individual (genetically or environmentally) may have similarities, but not identical.
With that being said, because we are all different, don’t allow your diversity to be a stumbling block in your life. Don’t let another person’s view of you ‘make or break you,’ because they may be for you today and against you tomorrow.
I want to briefly share a story of an individual on Instagram. She posted this and asked for advice.

She went to a party one night, but didn’t change clothes… wearing what she had worn to work that day, which she considered traditional. Well, because she was dressed so differently from her peers, she was sneered at and shunned. There were comments like “Don’t you have something better than that dress; maybe something shorter or jeans?” And there were also references to how she was not fitting in. Being the individual she was, she did not reply to the person. Instead, she hung her head because this made her feel out of place. Although she wanted to, she didn’t leave, as it may have drawn more attention to her. Some time later someone else walked up to her and said: “You look beautiful in that traditional suit”. By now she was really confused. She thanked them and finally left the party feeling blank, empty, and puzzled.
In reply to her post, many of her followers said she should have said something back to the people who insulted her…even going as far as WHAT she should have said. She humbly thanked them and agreed. By then, I was baffled! But, there was one, ‘only one’ individual who said, “I read your post. I would continue dressing the way I felt the most comfortable, and would spend little if any time with people making unkind remarks… even on IG with this solicited, but very opinionated advice."

In my opinion, that was the best advice she could have received. Too many times we depend on what society thinks and dictates. It can get the best of even the strongest of individuals, if you allow it. Don't let anyone steal your joy. You are beautiful in your own skin, so OWN IT!

Don’t look down
Don’t you dare!
Look up, look up
Cause you are there

You see, you can’t let man
Or anything steal your joy
Can’t let doubt dictate
To your mind and heart
Victory is yours for the taking
Your future is at stake
Claim it and sustain it
Just take your place

Don’t look down, I say
Don’t you dare!