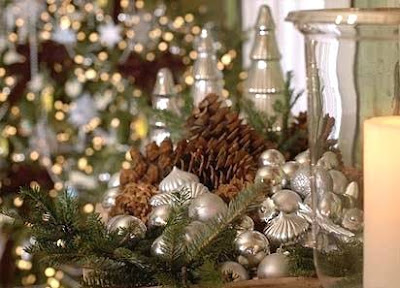 Gifts don't have to come in the form of a beautifully wrapped inanimate object. Some of the most wonderful gifts are God's blessings bestowed upon you at a time when you least expect it.
He was not a Christmas baby and did not come to us in what some would consider idyllic circumstances; but, he is definitely a blessing to our family...

Approximately 12 years ago, our youngest son was excited about being accepted by a prestigious Christian college in East Texas. It was a dream that my late husband and I wanted for him, as well as our other kids, who had gone on to seek careers in their choice of fields. But this young man­- he was the one (it seems) whom we were on our knees for ALL the time. He was the one who ‘tried our patience.’ The one whose parents, the teachers knew by name because we LIVED at the school, for one reason or another. The one who was spoiled and got away with murder, as his siblings whined about him.  You know--that ‘one kid’ in the family. But he was also the child we thought we would never have because doctors gave up on him. The child they suggested, in so many words, we should abort. They said because of high-risk factors, I would not carry my pregnancy full-term. But God!
Losing his dad at 15 was hard on him, on me, his siblings; hard on all of my family. And then one day, while he was still in high school, it was as though a lightbulb went off in his head. He said, “Mama, I am the man of the house now and I’m going to make you and Daddy proud!” Wow, my eyes teared up. He was growing up and he was determined. He graduated high school and initially went to a community college, as I’m sure he did not want to be away from home and me. Although in high school, he played sports, played piano and had other interests, his true passion was singing. So when he decided to go away to college, I was ecstatic.
He pursued and studied music. His siblings and I encouraged him to keep his focus. He was able to tour the United States with the college’s prestigious ‘Summer Tour Acapella Chorus.’ This group of talented students, from all parts of the US, toured, sang, and at the same time had to keep up their GPA to perform.  These were very proud moments for the family and me, to see him flourish.  One of his tour stops brought him back home to Texas, where he introduced us to a young lady from the East Coast, who sang with them. They were BOTH beaming!
Finally, that day came! He graduated from college.  It was the fulfillment of a dream. We celebrated because we knew his dad would have been very proud of him. The world was at his feet! Then, weeks later, with a bewildered look on his face, he made an announcement to us. “I’m going to be a father!”  I thought, WOW! I shook off initial shock and said “It’s going to be okay son. I know you are overwhelmed right now, but it will work out.” And it did. Through it all, even I had to find strength in my ‘go to’ scripture, Philippians 4:13 KJV- ‘I can do all things through Christ who strengthens me.’  Finally, we were given a beautiful healthy baby boy. The blessing in ALL of this is that an extraordinary angel was watching over his young parents. This child was born on a very special day--his grandpa’s birthday, January 4th. How befitting!  As the only grandchild, he gives this family more reasons to remember him and celebrate the season with gratefulness, never forgetting he would not be here to carry on his grandfather’s legacy, had we listened to doctors and not trusted God.

And now at nine years old, when I asked him the question, “What should I write about this month Dominic? This article is supposed to be about the Christmas spirit.” He immediately responded, “Write about ME, Nemo! You always said I was a gift from God.”

I am thinking...
Everyone has or has had a special person in his or her life that impacted them forever.  That impact was so profound that you never forgot that individual. You wondered how they did what they did. They went through so much and seem to come out untarnished, unscathed, praising, shouting and giving God the Glory for even the hardships! 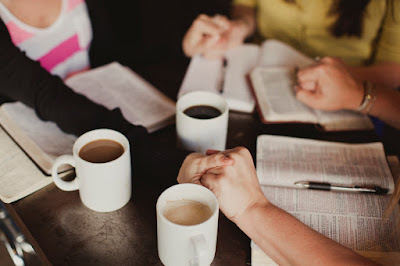 Well in my lifetime, I have met a few ‘Praising and Praying’ women.  But one sister, Gloria (Sally) Criswell, impacted my life deeply.
I met Sister Sally (as we all called her) a number of years ago when I was still a ‘babe in Christ’. We were both young women at the time, but she had, I know, a special gift.  She was prayerful and humble.  I was impressionable and ‘on fire’ for the Lord. I absorbed and gravitated to every little positive setting I encountered.   I desired to work in His Church in whatever capacity I could.

I loved to sing, but also soon became a part of a group of Lady Prayer Warriors, for lack of a better title. There were a number of us, as we would go to homes and hospitals to pray with the elderly, sick and shut-in. I recognized instantly that Sister Sally always prayed hard and fervently. I thought…  ”It’s as though no one else is in the room… just her and God.” Whenever she finished, I felt as though I had been cleansed and renewed spiritually! That’s how powerful her prayers were.
There was a mutual bond in this group, but for some reason, a few of us just ‘clicked.’  Soon we begin to take turns going to each other’s home, to fellowship and pray. I think Sister Sally literally taught me how to pray. We prayed for each other, as we were all married, had children, and had no shame in “Letting Go and Letting God!”  We allowed His Spirit to encompass, move and envelope our very being, remembering the scripture: Matthew 18:20 "For where two or three have gathered together in My name, I am there in their midst”. And it never failed, as we would each take a turn to pray, it seems Sister Sally would ALWAYS say the last prayer. And time was of no essence, as we let God have His way.
I loved watching her when we would meet. Through our initial conversations, she would sometimes sit with her hands on her lap, a smile on her face, eyes closed and she would rock back and forth… a very serene vision.  It was like she was slowly gearing up; getting ready to exalt God through prayer. She would pray so passionately and unselfishly, we were automatically brought to tears. On many occasions, we could have easily used more than one box of Kleenex.  She would be crying and her nose would be red and runny (as did ours) and by the time we released hands and opened our eyes, we needed a shower.  “Ain’t God Good!”

I can’t forget those days. This is for ‘The Praying Woman’ who is still in my life.  She taught by example, how a woman prays. “God bless you, Sister Sally!”
The Praying Woman

The praying woman has a prayer for every situation
The praying woman always prays without hesitation
She goes about as though her life is not one of her own
Her first focus is on others, knowing prayer changes what’s wrong

She deems ‘Too blessed to be stressed’
As a powerful endorsement
And prayer, a necessary
And essential re-enforcement
The praying woman has no need
To keep problems on her mind
She automatically prays and heeds
To situations that she finds
She has a role in others’ lives
They don’t even seem to notice
She’s there without a visual concept
As she senses and can focus
Without a doubt, she’s the praying woman
God has given to all indeed
In body and soul, she gives her all
Unconscious of what she needs
She prays for you unselfishly
With a God-given gift of discernment
You see, the praying woman
Is grounded and rooted with positive refinement
The praying woman has grace and gratitude
Not seeking praise or fame.
For she gives God ALL the glory,
Doing it all, in Jesus’ name!
Amen