Are there times when you just want to hide from everyone and everything... run away from home, from work, just run away from it all? Well, join the crowd! You are not alone. 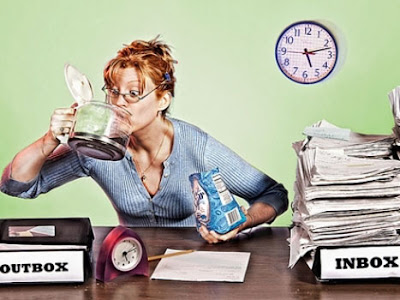 So many of us at some point in life wanted to do that.  More than once, lol. Some may have acted upon it, others like myself didn't have the courage. But good for those of you who had the strength.  Hopefully, you came back. I guess that is why I spend each morning with my Coffee and Thee. It’s  my unwinding time although I may have just arisen from a night's rest. It’s  my time to be with my thoughts, My God, my space, and my Coffee.
Pick your space and maybe, just maybe you can keep your sanity in the midst of it all. Life and things happen! There is NO escaping! But what you must do is “Brace yourself for the unexpected. Then Embrace it!” If you did expect it, you would not have allowed it to happen; especially if it had a negative effect on you or your livelihood. Anything you deem detrimental you block it, right? I heard a sermon recently with a title that says it all. When you go through your trials and tribulations… realize this “It had to happen -” your distress and despair. So stop looking for the reason and start looking for the revelation.  You can make the worst thing that ever happened in your life, work for your best!
There is just no escaping what God’s plan is for your life.


… so there is No Escape

Blessings
PJ Payne
Posted by PJ Payne at 10:11 AM No comments:

I've learned that most of the time, we all want to portray our 'best face'… put our ‘best foot forward’! No one wants the world to see their bad side...not on purpose anyway! So we put up a façade; masking the real person.


Are you being true to yourself or those you come in contact with? Do you have a corner of your life that reeks of disarray and disorganization? Do you think to hide your imperfections like wearing makeup, display good character traits? Do you fear getting ‘found out’ so you continue to hide at whatever costs? What portion of your life are these deficiencies displayed? At work, in the desk drawer? At home, in the closet or on that junk table? Surely your flaws they are not visible to the naked eye? When will you finally come out? It’s bound to happen, so why hide? The REAL you will eventually come through, so just come clean! 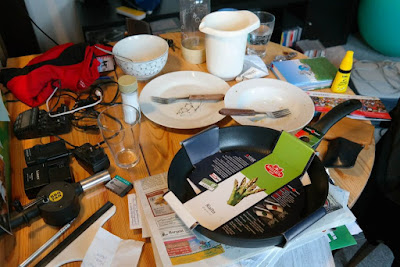 And let a visitor open a closet
Which exposes a whole lot
Wow! Do you or do you not have junk?
Is there even a clean spot?
Be it a secret,
Or be it known
Indiscretions aren't always discrete
If overexposed or shown

Get real, get ready
Make a change, keep it steady
Get it done, make strides
Cause obviously what think you hid
You really didn't hide

In essence what you “don’t” do
Comes out, Comes clean
And says a lot

Sometimes answers are right before our eyes and we can't see them. Then God steps in and we finally realize that it was there all along. He allows us to run around in circles by trying to work things out on our own. Our progression is worrying, making wrong decisions, going in the wrong directions - taking a long scenic route.  Then He brings us back to where He wanted us to be from the very beginning. So, with a trail of errors and mistakes behind us, we do what we should have done in the first place – trust and wait on Him!
As a writer/poet, I have found that some of us cannot just sit down and write something. The process may involve concentrating and meditating.  For me, ‘atmosphere’ is everything.  And then there are times when everything just flows.  “Ohhh, such epiphanies!”  But most of all, writing is about development - development via the mind, experiences, tribulations, joys, and sorrows. The culmination of it all allows one to tell his or her story.  If you have a broad imagination, the sky is limitless; but when you go through something, it's surreal and you have no problem telling your story.
I never thought that a prayer I had prayed would be answered by way of a devastating event.  Lately, I had become restless and felt the need to get away from everything and experience something different. My desire was to take a final trip before summer’s end.  I love to drive and survey the beauty of God’s creations. All I need for traveling inspiration is my ‘brew,’ a beautiful sunrise, and in the midst, write about my escapades.  My finances were NOT great, so I knew what I desired was bigger than my pocket. I may be a little late, expounding on such a devastating event, but as time goes on, I realized that I must say something. "Thank you, Hurricane Harvey, for being the catalyst which took me for a ride." 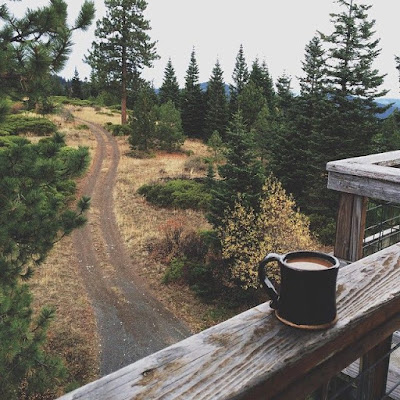 On Friday, August 25th, as the rain began to fall and the probability of Harvey really hitting Houston set in, I knew I needed to make a decision. Stay or leave?  I was teetering – indecisive, not knowing the magnitude of the storm, at that point.  I love my kids and what most parents don’t want is to be a burden on their young adult children. Although they would not consider it such, I could not encumber them with added stress, if I had other options.  So, through some opposition, fear, reluctance, and finally relief, I made a decision – “And then I felt peace.”  Phil. 4:7 NLT; Then you will experience God's peace, which exceeds anything we can understand. His peace will guard your hearts and minds as you live in Christ Jesus. “I left for East Texas.”  I didn’t realize at the time how God was working it all out for me because what I failed to mention is “stress was not a good fit for me,” since I’d recently been ill. I also did not consider the fact that I was broke – He fixed that too! Yes, I took that long-awaited TRIP I thought I needed. The circumstances were definitely not of my choosing, but His choice.
That week away was an emotional roller coaster as I watched flooding, magnitudes of heroic rescues, displaced families, and even reports of water rising and evacuation in my own neighborhood. At one point my tears were streaming uncontrollably. I felt helpless because I was helpless.  I realize now that the barrage of emotions I felt during the hurricane was labeled ‘survivor’s guilt’.  I was not heeding the peace God had given me on my initial decision because I had begun to worry, even though His word says ‘Don’t worry about anything; instead, pray about everything…’  Phil. 4:6 NLT. As crazy as it seems, things could have been worse.  So I began praying and thanking God for His grace and mercy!
As I drove on my return trip, I saw rivers where initially there were none; piles and piles of debris in communities.  I was even re-routed because of road closures. Finally, the sky seemed to open up – sun shining brightly, as though nothing had happened… and I was home.