Pray and stay. Stay and pray. And listen with an open-heart. Through all the running you’ve done, your accomplishments are none. “If you had only taken the time to hear God.”  This is a precept to what I am about to express.

It seems we are always in a ‘slow hurry’. Whether a lifestyle is slow-paced or you’re in high demand, there are never enough hours in the day. Never enough time! Your life doesn’t feel like you own. No is not in your vocabulary. Does this sound familiar? Are you guilty? I am!

Our lifestyles demand and dictate doing things in a hurry.  I have learned that ‘you live and you learn’. The longer you live, the more you will learn how to live.
My reference is always my mother. She was a smart and very wise woman. When she spoke, you listened, whether you wanted to or not. Her stance was via demand and undeniably stoic, yet forbearing. Her ‘choice of words could be questionable but worthy of acknowledgement. She used to say ‘be anxious for nothing, it will come in due season.’ I didn’t understand that phrase then, but as I grew up and learned to be patient, all I wanted and desired either happened or is still coming to pass. And maybe accomplishments are not in my desired time-frame, but I know they're in the making.

So, I’m learning to ‘pick my battles’ as she would have put it. I’m trying really hard to understand and believe that everything doesn’t revolve around me, or how I do it, Even if I pay an integral part of the situation or finished product. That’s the result of ‘Growth!’ It comes with time and supplication. So, therefore, my calm in the midst of daily storms is being still. Even if it’s for five minutes.  Just stay and pray – then press your ‘reset button.’ 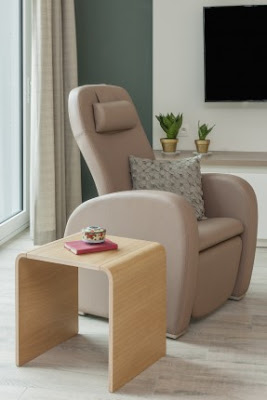 
Blessings
Posted by PJ Payne at 12:29 PM No comments: