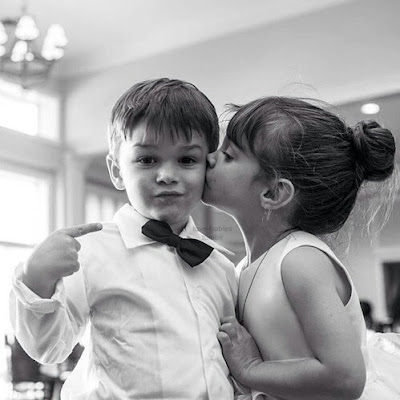 "What Are Little Boys Made Of?" is a popular nursery rhyme dating from the early 19th century.
The rhyme appears in many variant forms. For example, other versions may describe boys as being made of "snaps", "frogs", "snakes", or "slugs", rather than "snips" as above.
But little girls are ALWAYS “everything nice”, or “all things nice”. Wow!
According to Iona and Peter Opie, this writing first appears in a manuscript by the English poet Robert Southey, (1774–1843). But in popular culture, the line "sugar, spice and everything nice" has been interpreted in the song, “Daddy’s Little Girl” written by Robert Burke and Horace Gerlach and later recorded by "The Mills Brothers”,  in 1950.
Whatever the case may be, little boys and little girls have NOT changed… not by nature at birth, so they are literally “little” and untainted. Change comes with growth, standards, morals that are instilled and examples that are set; basically what parents, peers and the environment dictates.
Too many times little girls and little boys grow up too fast, and it’s not their doing, but different conditions decree such adaptation... even survival. Kids are adaptable because they imitate and emulate what they see.
For example, about 6 years ago, my grandson who was less than 2 years old, picked up my ‘old school’ flip cell phone and began to swipe the screen with his little finger. Of course that didn’t work, then after about 3-4 swipes, he handed it to me and said “boke, boke”!  LOL! Basically to him, my ‘good’ phone was broken! We all had a big laugh about that and I soon upgraded. Now, at 7 3/4 years old, he can show ME how to use my phone - text, emoji’s, download stuff, Google… the whole nine yards. Though, now his lifestyle dictated such knowledge and advanced use of technology, he is still the ‘little boy’.

You see, that rhyme resonates with me because as a younger ‘little boy’, he loved BUGS and snails etc.! It was nothing to see him pick up a ‘doo, doo’ bug, play with it... even put it in his pocket. And still to this day, he is fascinated by bugs.

Time brings about change, just as the lyrics of that rhyme evolved over time. But, the message and implication of that limerick DID NOT change… just as “little boys and little girls.”

Have you ever just sat back and thought deeply about how everything around you is really so miraculously made? “That’s what my ‘coffee thought’ is about today”. It doesn’t matter how much it rains, hails, sleets or snows ,God forbids, His works are meticulously done. 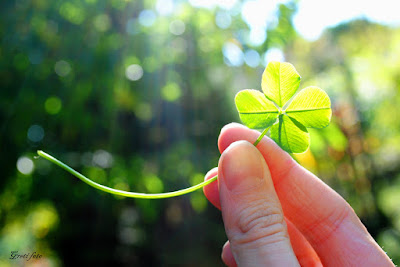 It is reminiscent of how I grew up in a little country town where everyone knew everyone, truly giving homage to the common adage, ‘It takes a village….’ which brings me to this.
As a child when my siblings, cousins and I would visit our grandparents, we didn’t really understand that we were there, supposedly to ‘help’ them on their farm. Half of us didn’t know what we were doing anyway, and considered it a vacation and fun. I remember getting up bright and early in the morning, before the sun came up, grabbing a pail with chicken feed in it and taking it to the chicken coop to feed the chickens… the same chickens I’d chased the day before! But they laid the eggs I would eat later that morning for breakfast. The boys would ‘slop the pigs’ as they called it. But those pigs yielded the pork roast we would have for Sunday dinner. Or my grandfather would send my brother out, sometimes on wintry nights, to chop some wood to put in that old wood-burning stove. That firewood is what kept us warm when we would get up on those icy cold mornings.
But my fondest memory is those carefree afternoons when some of us, usually the girls would wander off into the field to play. My favorite game was to see who could find the first four-leaf clover. As I look back, I don’t think it really mattered who won, but my visual is lying in the grass, usually with wild flowers we had picked; naming the shapes of the clouds. I recall laughter and staring at the wondrous beauty God had created, from the towering trees to the birds and bees…


In the beginning He did it all! And now on my mornings, I remember.
Gloriously!
I love my mornings
I love my days
And take into consideration
All the ways
That God has blessed me
To see another
Of His great works
One way or the other
For this could not be
Possible without Him
He did it all for me
On a wink and a whim
I’m taking it all in
Absorbing its beauty
Relishing in Him
What He does, without duty
And He didn’t have to do this
For you or me
Dirty rags are we
At His feet

I thank Him and praise
His glorious works
For mine eyes to behold
As each morning lurks
Again and again
It never fails
Same time…descends
His Magnificence unveils
Glory
Posted by PJ Payne at 10:56 AM No comments: