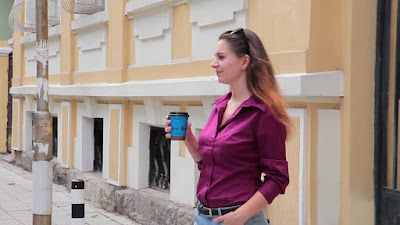 Have you ever just walked around and meditated on where you are - especially if you are someplace you've never been? Have you ever just taken in the ambience of your surroundings and thought about the goings-on and the untold tales a structure could hold? I guess as a writer, I'm always seeing beyond what may be visible to the naked eye; looking for the story.
In one of my more recent ‘adventures,’ those were my very thoughts. I came up with this…

If walls could talk, they would tell a great story…
Generate a best-seller; No pain, no glory
No ifs, ands, or buts because all is in truth
From a reliable source – the walls that surrounded you

There would be no bias, no editing or deleting
No reason for formatting words for completion
No twisting the facts, as facts they would be
No need to run, as ‘their’ eyes did already see

And seen from an equitable point of view
No partiality taken, because the walls saw YOU
They’d tell the complete story, even what you would fear
All ‘coming out in the wash,’ loud and clear

Inevitably, you would have to fess-up,
Your word is against theirs, no room for hiccups
And who would dispute their stationary glare
That was glued to indiscretions; your states-of-affair

Nights or days, whichever you choose
Cannot deny your actions; in any case, you would lose
Discrete, yet recklessly messing around
Thought you had it all together, safe and sound

Very respected, pretentiously held your ground
Then your house came crashing down
Thought you were in the clear, had a sanctimonious air
Biggity, uppity, epitome of ‘savoir faire’

The 'on-looker' that you didn't see
Was plain in view, so you couldn't cop a plea
Had your back against the 'wall'
Could not wiggle out, even when you stood tall

The question in this story - do we know what we do?
Who we do things with; where do we do it?
Doing good versus evil… the decision is your call
Behind closed doors or opened, there is still that ‘Wall’

What one asks for is not necessarily what one needs. NO, it may not be what you need, but at the given time, it is what you might want, right? Well, I’ve had so many revelations in my life whereas I may have just thought about something I wanted, and BOOM, I looked up and there it was. And it was only a thought – a subconscious one, at that! 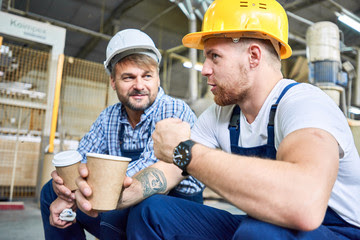 I’m going to tell you a story... one I had not openly spoken of ever, other than to a ‘confidante.’ And this memory came to me as I continue to read revelations and hearing stories of women coming out about sexual harassment in the workplace and otherwise. By no means does my situation hold the equivalence of severity a lot of women have endured, but its significance dictates harassment.

Years ago I worked in an atmosphere with predominantly men. The work wasn’t exactly my ‘cup o’ tea’ but it was what I needed to continue my lifestyle and pay the bills. It was one of those jobs that required women to basically ‘man up’ because that was the setting. Because I eventually transferred to a position that didn’t require continuous heavy lifting and such, my responsibilities did not necessitate much strenuous, physical work on my part. The ‘negative’ aspect of this was that I worked a continued rotation schedule. My work-day consisted of either 8 or12 hour shifts… days, evening, graveyards – respectively.
Although they were my least favorite of the three, I preferred working graveyards because I worked alone. My favorite shift was the days, which allowed me to spend some much needed time with my family. Unfortunately, the thorn in my side was the fact that I worked with a whole crew of about seven other guys and usually one woman. My department was pretty large, so it took all of us to make things run smooth and proficient… Well, that’s how I saw it. Working with guys, I had to endure their ‘shop’ talk with ALL of the curse words to go with it. And reporting this? That was not in the cards!! I think I was in a category by myself as a young Christian woman, so I tried really hard to busy myself…waiting on the clock.
One huffy, gruff gentleman (for lack of an appropriate description) thought he was God’s gift to women, literally! I'll call him Joe. He was tall, brash, vociferous, and boastful, a woman basher… on top of that, he thought he was the strongest of them all and knew EVERYTHING. Oh, yea. Did I say Joe was a chain-smoker??? And oh, so very inconsiderate of where he flicked his ashes and butts. I think you get the whole picture now.
Trying to make this story a little shorter, I HATED with a passion when my 'day shift' came around and I had to work with him. The other guys, I tolerated. But it seems that whenever Joe was in the mix, everything was elevated to another level, which was usually loud, abusive, and obnoxiously frustrating. I think the WORST part in all of this is that he always seemed to want to hug ME! UGH!!! Smoke and stale liquor breath. With each touch, I cringed inside and out. Then he’d grin. Seems it didn’t bother other women… but I question their caliber.
The real point I’m trying to make here is that deep down inside, I wished I didn’t have to work with him on days. I vividly recall thinking “if only I could get a small break from him - his abusive language and abrasiveness."
As I worked other shifts, there was really no interaction or communication between employees with the exception of the person whom you’d be relieving or replacing. The dialogue would be all about work – unfinished or finished duties; hardly ever would we discuss personal goings-on.

Then, my days rolled around again! That SICK feeling in my gut reoccurred. The sluggish, depressive mode hit me, but I had to do it because I was the ‘breadwinner.’ If I didn’t work, nothing got paid! Does that sound familiar? I sucked it up and went to work that gray Monday morning. But, the atmosphere was different. It was calmer, quieter, more serene. Then I realized as I grabbed my coffee from the break room and started towards the work area that I didn’t hear THAT voice. JOE wasn’t there!
I sat down and finally got the nerves to ask where is Joe?  One of the older guys asked, “Didn’t you hear?” “Hear what, I asked?" “He had an accident this weekend, he said. He severed a couple of his fingers. One had to be reattached. He will be off for the next few months."  My heart seemed to stop. My only answer was, “Oh my God!”
And you know the rest...

Blessings,
PJ Payne
Posted by PJ Payne at 11:53 AM No comments: 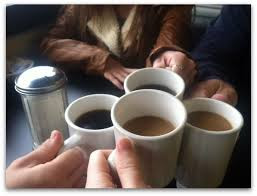 Ummm… but what is this?
What has me baffled?
What‘s in my head?
What is it there for?