Do you sometimes wonder why things are happening to you and you don't have any answers? But then after everything happens you look back and say, “But God.” I did not realize that storms that I’ve been going through were going to allow me to help someone else. 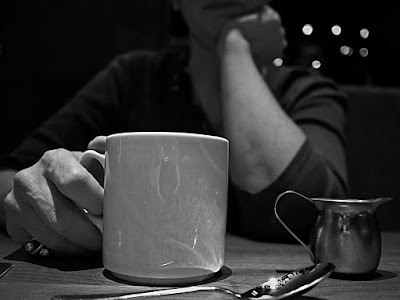 Without any notification, I found myself having car issues that I was NOT ready for.  After a recent accident, which I won’t elaborate on ‘whose fault it was, I found myself becoming complacent. You know when things are going great for you and you settle your mind, your spirit—just get comfortable in your own little world.  Well, my little piece of ‘Heaven on earth’ got infiltrated by a few disruptions.
A warning light had been coming on in my vehicle. I initially ignored it, but it became progressively worse and began to interfere with different functions such as the speed dropping as I drove.  After trying to brainstorm it with my ‘mechanically inclined’ son, we were able to reset it. To say the least, that did not FIX the problem and I had to do what I dreaded doing… take it to be serviced. You know how we are always trying to get around the obvious; not wanting to disrupt ‘routine.’

So I finally had it towed in and found myself having to Uber to get around. Well, poor, poor li
l ole me, right? Through all of this, I had to get off of my ‘high horse’ or ‘majestic throne,’ and deal with others… My world was NOT my own, because I needed to be patient and depend on someone else for something as simple- to me, at least to me, like a ride to a grocery store...
To say the least, for the past few days I have been an ear for people who have been going through some issues. From a semi-homeless family to a father who JUST found he had a daughter, after 33 years, who had been put up for adoption. And I must also add the young gentleman whose wife had kidney failure and doctors pronounced her dead after she blacked out. His fervent prayer and pushing the medical team to revive her was miraculous. After revival, they said she would not function because her brain was without oxygen too long… she is now out of the coma but during that time he found she had been cheating for a year and a half.
When I look at their situation I think to myself I am not going through anything in comparison. I thank God for where I am now because I don't know if I would have the strength to endure what they are having to endure. And guess what they just needed a listening ear. But, their issues and problems have given me an eye-opening experience. This is not about me or them this is about God working in all of our lives. The Uber drivers, the wrecker towing person, they all had horrific stories. And mine may not have been what theirs was, but God was allowing me to see that what I'm going through somebody else is going through much, much worse.
MY question. To whom do we trust? When was the last time you had a wake-up call?

I saw this today…
A man on a corner
The man had a sign
The sign said, ‘Need Help,
Please Help!’
Tattered clothing
Raggedy boots; no strings
A dirty cup
Unkempt hair
A slothful walk
A seemingly dampened spirit
Broken
Many passers-by
Stares
Yet, he couldn’t reach some folks
A dismal outlook…

My question to you all is what would you have done? How would you have reacted? Would you have followed suit and drove past him, as so many others had done? Would you have stopped and questioned him? Maybe you have already encountered someone like him. What did you do?
As for me, the very moment our eyes met, I knew it was not my place to judge him. My spirit would not allow me to pass him by with no thought of the fact that he really could be homeless, someone’s father, brother or uncle. Better still – I saw a child of God.
In its simplicity, “I thank God for Peripheral Vision!”