I came across this story one day as I was just perusing the internet. It impacted me so much I had to share it- 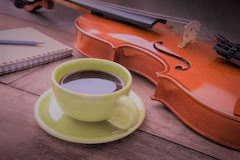 A man sat at a metro station in Washington DC and started to play the violin; it was a cold January morning. He played six Bach pieces for about 45 minutes. During that time, since it was rush hour, it was calculated that 1,100 people went through the station, most of them on their way to work. Three minutes went by, and a middle-aged man noticed there was a musician playing. He slowed his pace, and stopped for a few seconds, and then hurried up to meet his schedule. A minute later, the violinist received his first dollar tip: a woman threw the money in the till and without stopping and continued to walk.
A few minutes later, someone leaned against the wall to listen to him, but the man looked at his watch and started to walk again. Clearly, he was late for work. The one who paid the most attention was a 3-year-old boy. His mother tagged him along, hurried, but the kid stopped to look at the violinist. Finally, the mother pushed hard, and the child continued to walk, turning his head all the time. This action was repeated by several other children. All the parents, without exception, forced them to move on.
In the 45 minutes, the musician played, only 6 people stopped and stayed for a while. About 20 gave him money but continued to walk their normal pace. He collected $32. When he finished playing and silence took over, no one noticed it. No one applauded, nor was there any recognition.
No one knew this, but the violinist was Joshua Bell, one of the most talented musicians in the world. He had just played one of the most intricate pieces ever written, on a violin worth $3.5 million dollars. Two days before his playing in the subway, Joshua Bell sold out at a theater in Boston where the seats averaged $100.
This is a real story. Joshua Bell playing incognito in the metro station was organized by the Washington Post as part of a social experiment about perception, taste, and priorities of people. The outlines were: in a commonplace environment at an inappropriate hour: How do we perceive beauty? Do we stop to appreciate it? Do we recognize the talent in an unexpected context? One of the possible conclusions from this experience could be: "If we do not have a moment to stop and listen to one of the best musicians in the world playing the best music ever written, how many other things are we missing?"
This could have been Jesus and you ‘just’ missed Him because you gauged His message by His presentation… Have you stopped to listen to Jesus lately? “HE IS EVERYWHERE!”

Blessings,
PJ Payne
Posted by PJ Payne at 10:02 AM No comments:

How can one handle situations or 'states of affairs' that you KNOW won't change... basically there is no sign of change in the forecast - not in your work sector. "Well, someone or something has to give!" 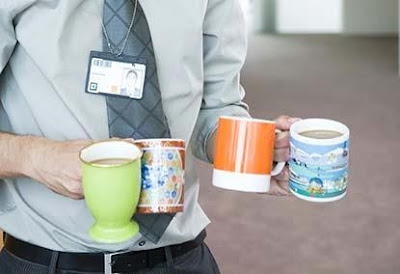 It never ceases to amaze me the things people will do. It never ceases to amaze me, the things you must go through when you try your very best to right a wrong that's imparted unto you. You're shown blatant unfairness as well as partiality. You are singled out. You try to focus on thoughts that are fresh, especially in an atmosphere that has proven to be so unaptly suited for you. The air that surrounds you is so thick; you can cut it with a knife.  What do you do when your work setting disputes work ethics? Run?

In the world today, a working environment has so many 'states of mind’. You don't know what you will face from one morning to the next; even what you would find from one 'face’ to the next... See, the humility you so suitably possess is sometimes tried or offset by others people's outward appearance of senility. Their inadequacies, lack of innate abilities, disrespect, and just downright stupidity tries your patience.  I know that may sound harsh, but it is what it is.

Although you may be suffering at the expense of your colleagues' absurdities, you handle adversity and what you're facing daily with poise and dignity. BUT, the human side allows frustration and it can beset you quickly! You look to whence cometh your help aggressively, as you 'need help Lord,' to endure, to secure, to procure, and to retain modesty and meekness.
You’ve tried at best, to be calm and collect in certain situations, but their unscrupulous behavior is a reality, staring you in the face. You can’t get around the ‘mess’ as it encompasses and infiltrates your space. So…what do you do to regain composure and keep the little couth you still possess?
You just keep your head up, breathe deep, and ride the waves till the end of your voyage.  Daily you may be tossed to and fro, but hold tight as He moves at His own pace. In Him, you will find that refuge and solace, as He Works It Out!
Trust Him. It Works!

Blessings
PJ Payne
Posted by PJ Payne at 9:58 AM No comments:

What Are Friends For? 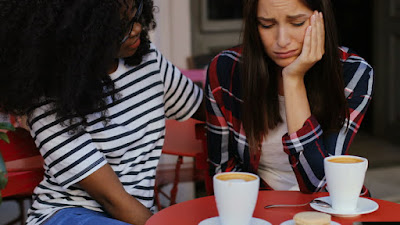 Did you know that people use the word ‘Friend’ so common and conventionally until it has lost some of its significance and true meaning?
Friend- a person who you like and enjoy being with; a person who helps or supports someone or something, such as a cause or charity; someone who is on your side; a person whom one knows, likes, and trusts; an acquaintance; a person whom one is an ally in a struggle or a cause; a comrade.
Hmmm, so, basically instead of a friend, they can be considered an acquaintance?

On the other hand - a Best Friend is a person's closest friend. A person for which you have an even stronger liking and trust. And contrary to popular belief, your best friend doesn't have to be someone of the same sex. A best friend also doesn't have to be with you 24/7 or think and act just like you. Truly, a best friend can be the exact opposite of you. This CAN lead to fights and difficulties getting along, but somehow you still just love them to death anyway.

Your best friend... is the one person who could not speak to you for any amount of time but you still think of them just the same. Someone who, despite all the changes a person goes through in their life will stick by you and always accept you for who you are. A person who will always tell you what you NEED to hear, even if it’s not necessarily what you WANT to hear. A person who can make you laugh even on your bad days, and who makes all the problems in life seem easy to overcome, as long as you have them by your side. A best friend can be many things, your inspiration, your hero; best friends help each other to become better people by using honest, constructive criticism that sometimes hurts to hear, but is all for the best in the end. Best friends are the ones that bring up touchy topics with you, even if it will risk you being angry w/ them because they care more about your well-being. Your best friend is the one who you could tick-off so badly, but in your time of need, they'll will still be there for you. A best friend is someone who you have shared good AND bad memories with, but you just can't help but cherish each of them.
A TRUE best friend is hard to come by, difficult to leave, and impossible to forget.

I was that distinguishing part
Representative of her deficiency
Believe it or not, I gave her hope
Added flavor, imparting proficiency

She wouldn’t let on, though
How important to her I was
And wouldn’t give me the benefit
Of bestowing unequivocal love

So…I became defensive
I began to question the commitment
Was what we had all these years
fake…only a figment?

See, my friend is one side of me
And I am who she admired
Didn’t really see the big picture then
Time apart was what was required

That’s what Friends are for…