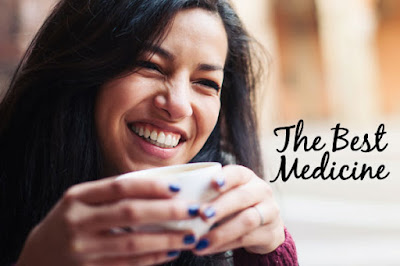 Dictionary.com defines Laugher: a verb- To express mirth, pleasure, derision, or nervousness with an audible, vocal expulsion of air from the lungs that can range from a loud burst of sound to a series of quiet chuckles and is usually accompanied by characteristic facial and bodily movements.

My take on laughter is that it is the emotional catalyst of Joy... The self-preservation of ones' mind; the belief and spirituality of mankind; kindred spirit along with self-motivation; the will to do, without notification.


Question: When your 'git-up n go has got-up n gone,' what and who do you really rely on?
Well, with God's guidance and your intuitive reactions, one can really grasp and hold on to any emotion, using the reality of foresight we each have. Basically, having anticipation and forethought before you react to any given situation produces any mood you want.

Example: The other day I walked into a store, (with my happy-go-lucky self) just smiling and ready to delve in to any bargain I could find. ‘Low and behold’, the first person I laid eyes on in the check-out line was an EX coworker whom I had not seen for at least 6 years. My thoughts… “this is the last thing I need!” (not a cordial work relationship) Well, I kept walking, heart pounding, semi-sweating, but my head up and I’m saying to myself, “don’t react, don’t react!” So I made my way to the back of the store, out of eye contact and looked a little closer to confirm whether it was her. “YEP, her alright! What would Jesus do?"
To my dismay, after nonchalantly perusing the store, I had to return to the front to retrieve a basket for the bargains I’d found. Wow, I know I can do this! I pertly walked to the front, grabbed a basket, smiled BIG and said “hi, I thought that was you” giving her a hug. ARKWARD!! Basically, I could see that she didn’t know how to react to my genuineness (and I was genuine) She stammered a hello with a phony smile and asked how I was doing and what I was doing now? Now that question REALLY made me smile, because I am honestly happy ‘in me’. I exuded naturally the laughter and joy I had to tap in to and channel, to get through that situation. I give God the glory...


I’m sure she noticed my exuberance as I replied to her question, but her reluctance lingered. Maybe it was the shock of me actually approaching her, or the fact that she was still doing the same ole thing, whereas I’d moved on… Can’t question it! I did Me and I still have JOY!
In all you do, let no one steal your joy. God's got you! "Just Laugh On!" 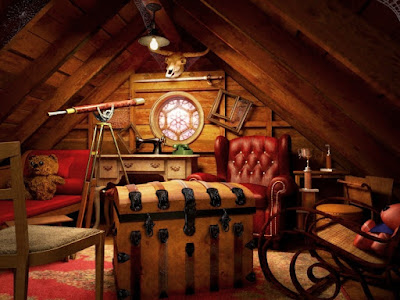 The 'Eyes' Have It

I saw this today… 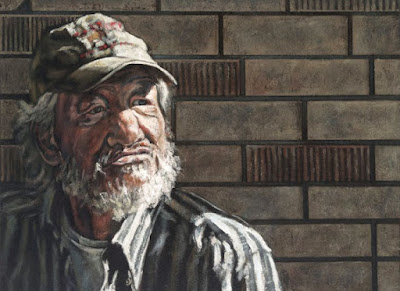 A man on a corner
The man had a sign
The sign said, ‘Need Help,
Please Help!’
Tattered clothing
Raggedy boots; no strings
A dirty cup
Unkempt hair
A slothful walk
A seemingly dampened spirit
Broken
Many passers-by
Stares
Yet, he couldn’t reach some folks
A dismal outlook…

This time of the year is considered a time for GIVING. My question to you all is what would you have done? How would you have reacted? Would you have followed suit and drove past him, as so many others had done? Would you have stopped and questioned him? Maybe you have already encountered someone like him. What did you do?
As for me, the very moment our eyes met, I knew it was not my place to judge him. My spirit would not allow me to pass him by with no thought of the fact that he really could be homeless, someone’s father, brother or uncle. Better still – I saw a child of God.
In its simplicity, “I thank God for Peripheral Vision!”