There are times in our lives, especially as we mature that we are so busy and bombarded with our daily goings-on, that we forget stuff.
Yes, in the midst of what you are doing, you think, “What was I going to do” or, Why did I come into this room?” Yeah, those moments, right! Ever heard of the phrase ‘The mind is a terrible thing to waste?’ Well, I wasn’t wasting it, I had used it and it was at ‘rest’! But, what happens when you have no control over producing a product that you have worked on hard and long? 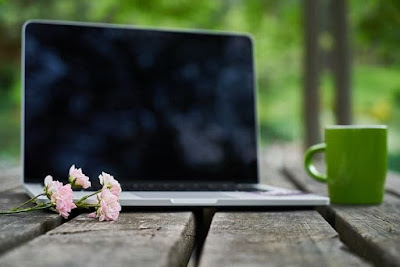 The following chain of events was the result of how we have allowed other forces to control our lives, but in reserve, God’s still got us. I endured that about a week ago. See, this wasn’t about my brain doing what it was supposed to do, to function and help me write a speech and lesson I would be presenting within hours. It did just that! But it was my technology that defined the finished product. It failed me.
I had been working on my speech for the past few weeks. I was researching the scriptures; defining and fine-tuning different points I wanted to make.  My subject/theme was ‘When God has you on the Back Side of the Desert.’ The focus was on the children of Israel and the trials and tribulations they endure throughout their travel in the wilderness. My concentrated chapters were Exodus 15 and 16, then narrowing it down to Exodus 15: 22 through Exodus 16: 5. All of those ‘desert moments’ they suffered.
For weeks I left my document open on my computer; wrote my thoughts and research down; returning and tweaking it… then a day or two prior, I had my finished product. YAY! I thought to myself, wow, ‘I DID this’! I began to rehearse… then all that was left to do was print my work.
Approximately 9pm the night before my event, I was fine-tuning everything before printing, and then BLINK! There was a surge in power. My computer went black. My EYES got humungous! What had just happened?? “Oh my God," I thought!  My computer began to automatically reboot, but as it was doing that, I was trying to remember… when was the last time I saved my document? Did I ever SAVE my document?? I was in a panic! As my screensaver and icons began to appear, my heart was racing… Where are my open files?
There were NONE!
Now what? With less than 12 hours until my presentation, what was I going to do? Surely there was a mistake! Surely my open files would pop up any moment, right? Nope AND nope! Devastation set in.  I called on my ‘computer savvy’ daughter to help… she was in shock! Mama, you should always CTRL and S to save as you go... Okay, okay, HELP! She immediately steered me to my recovery files. Yes, that’s the answer! So with anticipation and hope, I searched for my document. I located it! BUT, it was only a paragraph I had done weeks ago. Apparently, that was my last save.  I began to pray… what should I do, Lord? I put my head down on my desk and wanted to just burst into tears… but they wouldn’t come.  My first thought was to cancel. My FEEBLE mind at that point, could not fathom going forth with a presentation that was not amply prepared.
Then my daughter said “You have to rewrite it. You can do this, Mama! You didn’t teach us to give up, so you can’t.  Put on your coffee and start writing! That’s what you do!” WOW! I needed that!
So that’s exactly what I did. As I wrote, God gave me information and drive that I didn’t possess during the first draft. My brain was on autopilot! He even allowed me to recover 100% of the research I had previously done through Google. I was able to produce a lesson that had previously taken weeks to do, in a couple of hours.
I am in awe of His power over us. My lesson had an even greater meaning to me because I had suffered through the idea that I was doomed for failure…
See, the children of Israel had a lot of questions and doubts as to whether they would make it through.
They whined and complained to and about Moses on every hand. With the manifestations of God's power and everything, He gave them- water, food, and shelter they survived. But He also tested them. They had to keep his commandments and know that HE IS LORD! He even emphasized that He would not allow them to suffer the diseases that He brought upon the Egyptians, for He is Lord that heals.  Most Importantly He wanted them to depend on Him and know He was the One who had brought them out from the land of Egypt.

As I went through my ‘desert moment’, I realized that this was not about me and my ability to put words and phrases together to sound good, or my keen mind to remember or not. This was about God bringing me out and ME depending completely on HIM!