I am thinking...
Everyone has or has had a special person in his or her life that impacted them forever.  That impact was so profound that you never forgot that individual. You wondered how they did what they did. They went through so much and seem to come out untarnished, unscathed, praising, shouting and giving God the Glory for even the hardships! These were what you considered STRONG individuals. Have you ever wished you could possess those types of strengths? 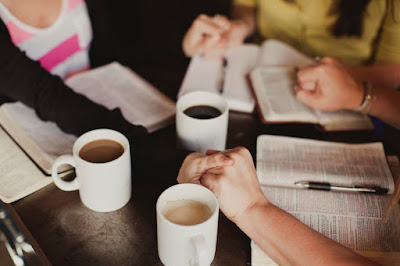 Well in my lifetime, I have met a few people like this. The most impressionable one was a ‘Praising and Praying’ woman, Gloria (Sister Sally). She impacted my life deeply. I met her a number of years ago when I was still a ‘babe in Christ’. We were both young women at the time, but she had a special gift.  She was prayerful and humble.  I was impressionable and ‘on fire’ for the Lord. I absorbed and gravitated to every little positive setting I encountered.   I desired to work in His Church in whatever capacity I could.

I loved to sing, but also soon became a part of a group of Lady Prayer Warriors, for lack of a better title. There were a number of us, as we would go to homes and hospitals to pray with the elderly, sick and shut-in. I recognized instantly that Sister Sally always prayed hard and fervently. I thought…  ”It’s as though no one else is in the room… just her and God.” Whenever she finished, I felt as though I had been cleansed of whatever tarnishing I had and renewed spiritually. That’s how powerful her prayers were.
There was a mutual bond in this group, but for some reason, a few of us just ‘clicked.’  Soon we begin to take turns going to each other’s home to fellowship and pray. I think Sister Sally ‘literally’ taught me how to pray. We prayed for each other, as we were all married, had children, and had no shame in “Letting Go and Letting God!”  We allowed His Spirit to encompass, move and envelope our very being, remembering the scripture: Matthew 18:20 "For where two or three have gathered together in My name, I am there in their midst”. And it never failed, as we would each take a turn to pray, it seemed Sister Sally would ALWAYS say the last prayer. Time was of no essence, as we let God have His way.
I loved watching her when we would meet. Through our initial conversations, she would sometimes sit with her hands on her lap, a broad smile on her face, eyes closed and she would rock back and forth… a very serene vision to witness.  It was like she was slowly gearing up - getting ready to exalt God through prayer. She would pray so passionately and unselfishly, we were automatically brought to tears. On many occasions, we could have easily used more than one box of Kleenex.  She would be crying and her nose would be red and runny (as did ours) and by the time we released hands and opened our eyes, we needed a shower.  “Ain’t God Good!”
I cannot forget those days. This is for the Praying Woman, who is still in my life.  She taught by example, how a woman prays. “To God Give the Glory!” God bless you, Sister Sally!