As a poet and writer, there is always something that inspires me to put on paper what's in my head. The bulk of my inspiration has come by seeing and listening to the works of some of our most renown Black Poets, namely Phyllis Wheatley, Langston Hughes and Maya Angelou. This is Black History Month, so I think it nothing short of appropriate to honor unparralleled writers and authors.
I truly believe most writers write through inspirations and experiences. Our heritage and experiences are the stepping stones for us as black poets to articulate our movement; convey our thoughts, and construe them in print. No matter what race, color or creed, we all express ourselves… each in his/her own way; each in his/her own time. BUT writing is timeless.
I say that because in my research, I found that as a people, we may have been down in time of slavery, even the depression, but we were not out!! A prime example is Phillis Wheatley; a young girl in the late 1700’s who was sold into slavery, after being kidnapped. She was bought as a personal servant for the wife of John Wheatley, thereby customarily taking on the Wheatley name. Considered to have quick intelligence, she was taught to read and encouraged in literary pursuits…thus world-wide acknowledgement of her works. Phillis Wheatley holds the esteemed honor of being the First Published African American Poet.
I desired to know more about Phillis Wheatley, also spelled Phyllis Wheatly, because as a child, I attended a school named in her honor, as are many. And as an adult, I began writing when my kids were little; reflecting on those who were before me and during my era... their styles, techniques, etc.
I've spent countless hours alone with a Cup 'o Joe, my Bible or journal and my inspiration-Thee. My thoughts utter via pen, whatever creeps into mind at that time... 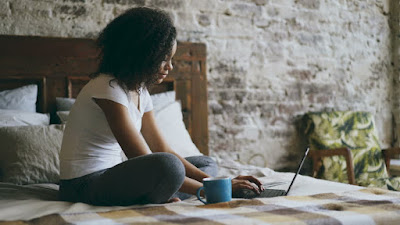 Sometimes I feel
as though I have
so much to say and
if I didn't have a outlet
I'd burst wide open...
so, I Write

My brain goes much faster
than even my fingers
can wrap around a pen,
or type on a keyboard,
or even my body can move
to a position, to a point whereas
I can regurgitate
what is stirring inside
so... I Write